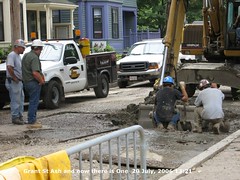 In a group of four under performing provinces, two have recently lost their housing grants. The four provinces are Western Cape, Eastern Cape, KwaZulu Natal and Free State.

Tokyo Sexwale made this announcement on Tuesday the 18th on January. He also mentioned that the Western Cape and Eastern Cape are being closely monitored.

The R463 million is not on its way back to the National Treasury and Sexwale has noted that this money will be used to contribute to the needs of the poor; tackling the backlog with the housing projects in other provinces.

Already Northern Cape has received an amount of R182 million which was used to build just over 2,000 houses and fix & upgrade around 350 flats in the informal settlements.

5,300 houses will be built in Limpopo with around R130 million and finally R150 million is going to the National Rectification Programme which acts in all provinces repairing and rebuilding badly constructed homes.

This shift in money came about due to the four provinces under performing in housing sectors. Western Cape and Eastern Cape are going to be watched continually to ensure that their expenditure problems are addressed correctly and quickly. Otherwise their housing grants will be taken away just as easily as KwaZulu Natal’s and the Free State.

We await news on their latest reports which were submitted at the end of December showing previous performance and projected performance for January.